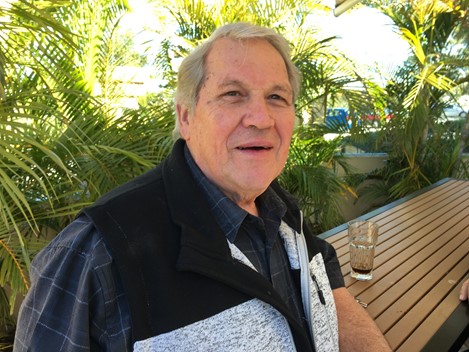 In 1961 Lionel began his association with NSFA as a player for the Mount Colah under 16s, he had previously played 6 years in the Sutherland district as a foundation player with Como West club before his family moved north of Sydney in 1957. At the time the NSFA age groups were limited so Lionel continued to travel 5 hours each Saturday until the NSFA introduced a U16 division.

Lionel then played in the association for the following 4 years before getting married and retiring from the game. In 1970 he was approached by an old club mate who had just joined a newly formed Hornsby RSL All Age Club, where he began in the role of club manager and after 18 years of service was awarded Life Membership.

After wanting to bring forward new ideas and be involved in the makeup and running of the All Age competition Lionel joined the NSFA All Age Committee in 1976 serving for 15 years as division liaison officer. During this time he sat on the PD & DC and Appeals committees, organised the All Age Presentation evenings and acted as Manager/Selector for the All Age representative teams which competed in the annual North v South and friendly inter district challenge games.

In 1984 he was elected to the NFSA Management Committee (M.C.) as Editor of Soccer News after his company took on the production of the magazine, where he introduced for the first time a computerised match day draw. This saved hours of late evenings for the Morning and Afternoon football committees who previously manually collated the information before sending it off to the printer within a very short time frame. Additionally, he took on the extra position of Publicity Officer until both roles were eventually combined to become the new position of Promotions & Publicity which he held until standing down at the end of 1999.

“Soccer News – the voice of our organisation – was once again edited and published by the redoubtable Lionel Morris. What Lionel doesn’t know about soccer in this district never occurred, as historical capacities are limitless.” KDSA President Iain Booth (1998 Annual Report).

He also held the position of PD & DC Chairman in 1989 and during his time on M.C. he served as a NSFA representative on the board member of the now defunct Ku-ring-gai Soccer Club (KSC) (predecessor to Northern Tigers).

In appreciation of his outstanding service in the promotion and development of football in NSW, Lionel received Life Membership of the NSFA in 1993 and a Special Award Certificate in 2000 from the NSW Amateur Soccer Federation.